Falling into a black hole is something that just happens. Everything can seem to be going fine and then… thump! You’re in a very dark place and you don’t know your way out. When you’re in there and you can’t see clearly, it’s easy to get lost in the darkness, to get stuck without knowing what to do or where to go, without knowing who you should go to to ask for help. Sometimes, we’re lucky enough to have someone around that is willing to pull us out quickly, others it takes more of a struggle and a lot of crawling through the darkness. Gladly, I was able to get by with a little help from my friends and family… but also with a hell of a lot of introspection.

I don’t know if it was either being in the dark hole itself or getting out of it that taught me the most. The truth is that this entire process has drawn my attention to a lot of issues such as poor and abusive management skills, psychological violence in the workplace, discrimination and misogyny. If I only take back one good thing from it is that at least now I am better informed about my rights as an employee, but I am also better informed at a personal level. What I mean is that I have learned what I am willing to put up with and accept, as I have learned which behaviours are simply too much for me. Overall, I learned what is my limit, and from now on I owe it to myself to learn how to respect it, but most importantly to know how to make sure others respect it.

Before moving on to how we get ourselves out of the black holes we fall into, let’s take some time to reflect on the issues that put us there in the first place: poor and abusive management skills, psychological violence, discrimination, misogyny. I can’t repeat these enough (learning how to name the issues is part of the healing process, it helps you crawl out). These factors are hard enough to deal with separately, so when you put them together they can be a sort of weapon of mass destruction.

In theory, we spend about one third of the day in the workplace. The other two thirds are supposed to be dedicated to leisure and rest. The problem is that when you start dealing with these workplace weapons of mass destruction, all of the thirds of your day are dedicated to the same thing: survival. And surviving is hard, even if you happen to be sharing it with colleagues that you care for and trust. I can’t even imagine what it would have been like if I had gone through this process alone. The solidarity created amongst my peers was a major factor when it came to surviving inside the hole.

The problem with these workplace weapons of mass destruction is that we don’t fight back right away, or that if we do it, we don’t do it in a way that actually allows us to protect ourselves. That’s kind of what happened to me. Instead of taking a step back, I stepped right into the battlefield unarmed. Since I hate to lose, I don’t think it would have made me any happier to just stand back and watch from a distance as my managers went on disrespecting my colleagues, and even more so, disrespecting the work we did and have done for the past years.

When you decide to walk into a battlefield, you know that the chances of getting hurt are pretty high. So as I found myself one morning sitting at my dest crying without any apparent reason, I understood that I had gone too far and that it was time for me to take a step back and try to save myself for once. I’m not good at saving myself… but it had gotten way too dark in that hole and I knew that it was time for me to go fight another battle, a deeper and sometimes harder one, a battle to save myself. The workplace weapons of mass destruction were not only affecting me as a professional, they had broken into my privacy without me even noticing it.

Fighting with no armor, I think that that’s how I would describe what I have been doing for the past year. I became obsessed with the idea of showing my managers that I was smarter, that I knew better, that I was the bigger person and that their moral compass was all over the fucking place. Weird obsession… but sometimes when you see the ways in which people choose to manage institutions you can be so disgusted that you decide to fight back at least to make sure that you’re not the crazy one and to get some proof of their insanity.

Fighting back took a lot of effort. That day when I sat crying at my desk I felt tired and hurt, both physically and emotionally. But more so, I was so incredibly mad at myself for letting all of it happen. I needed to make peace with myself, accept my mistakes and learn from them. As I finally found the courage to walk out of the office and start crawling out of the dark hole… I could feel what this had done to my body and to my mind. So as I crawled out I understood that I needed to simply take time to enjoy life. Listen to music, dance, spend time with old friends reminiscing… and spend hours on the beach letting the ocean and the sun renew my energies. Little by little that sensation of being intoxicated started to fade away. I felt like the creative side of my brain had finally unblocked and I was able to start writing, singing and playing music again. As my attitude towards myself changed, so did the energy that surrounds me. Today I feel as if spending all this time enjoying myself has been the best way to get back at those that worked so hard to dig the hole they pushed me and so many others in. As I have finally found a way to permanently get myself out of this revolting situation, I feel like I’m getting revenge simply by being happy. I feel like I’ve actually won the fight… it makes me feel light and joyous… as if crawling out of this black hole had taught me how to fly.

« She seems to think she’s a special being that transcends classification » – H. Murakami 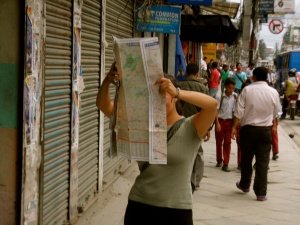 Hi! I’m Danae and I have an anti-categorical approach to existence.

I’m all about connecting the dots, bringing little pieces of this and that together and trying to make some sense out of it all. That’s what I want this virtual space to be… a space where I can share my deepest thoughts on transcending categories and classifications with you all.